GOP Brand Another Stain on American History in Progress

The book “The 1619 Project” by Nikole-Hannah Jones has experienced a lightning rod of controversy since its published release in late 2021. Despite exquisitely well-sourced contributions from an elite pantheon of Black history experts, critics continue to throw shade on it, claiming that the research is inaccurate and flawed and that critical race theory will make white people feel bad.

I am of the opinion that this backlash reflects a coordinated attempt by a small segment of far-right conservatives to prevent Black history from being told. What’s particularly laughable is that many of them haven’t even read the book, instead choosing to get their history lessons from pundits at Fox News.

In a certain sense, I don’t blame them for trying. Because what continues to be unearthed about our nation’s racial history is an ugly stain on America’s constitutional promise of freedom and liberty to all.  Fox News — a disgusting brand with a good marketing team and a pile of cash. History will be left to determine whether their public relations efforts and scam tactics will pay off in rendering us all extinct as they continue to lie [the Big Lie] to the American public, emboldening the far-right nazi fringe element to render us into extinction. In present day, we are living in a real-life episode of Succession. But as we say on Twitter, it’s us or them, and we will fight.

Bottom Line — What Black people have endured in our nation for over four hundred years is egregiously shameful and embarrassing.

The 1619 Project book highlights many of the more esoteric aspects of slavery and its after-effects.  As a part of my quest to read twenty-two Black History books during February’s Black History Month 2022, I just completed Chapter 3 which is entitled “Sugar.” It features a well-developed analysis by Harvard University’s Khalil Gibran Muhammad on how American sugar production through exploitative Black slavery was the capitalistic engine for the U.S. economy.

As a kid growing up in Columbus, Ohio I recall overhearing my grandmother who was raised in the Deep South often referring to many Black folks as having what she deemed a “Sugar Problem.” It wasn’t until years later that I was able to grasp what she was referencing, which was the prevalence of diabetes among Negroes.  For many, there is nothing sweet about sugar.

Today, Black folks remain more likely to develop and die from diabetes than White Americans. Added sugar to our dietary regimen has been tied to growing rates of chronic illnesses among Black Americans. We are more likely to eat poorer quality, processed foods containing copious amounts of sugar.

Ironically, back in the 17th and 18th centuries, sugar, not cotton, as the most dominant commodity when it came to the European colonization of the Americas, had a deleterious impact on Black Americans in an even more profound way. Referred to as “White gold,” sugar-fueled trade in goods and people, led to enormous wealth for Britain and a number of European nations.

In a PBS News Hour interview in 2019, Muhammad noted:

“As such, sugar was always an incredibly difficult product to produce. First, the cane itself is heavy and unwieldy. And, secondly, to take the plant and turn it into sugar required incredible labor and often dangerous and difficult labor.”

He went on to note that as we advanced closer to the Civil War, the shape of the sugar industry had changed. Yet, slaves remained an essential piece of it.

“Because of the nature of sugar production, enslaved people suffered tremendously in South Louisiana. The sugar districts of Louisiana stand out as the only area in the slaveholding south with a negative birth rate among the enslaved population. Death was common on Louisiana’s sugar plantations due to the harsh nature of the labor, the disease environment, and lack of proper nutrition and medical care.”

As documented in the book, Louisiana began playing an outsized role in the sugarcane industry in the 18th century. By the 1850s, the state was producing about a quarter of the world’s cane sugar supply. Moreover, it had the distinction at the time of being the second-richest state in per capita wealth, ranking third in banking capital behind New York and Massachusetts according to historian Richard Follett.

According to the 1619 Project book “New Orleans” could have been considered the Walmart of people-selling noting:

“The number of enslaved labor crews on its sugar plantations doubled. And in every sugar parish, Black people outnumbered white.”

A symbol of this movement is the Whitney Plantation — which was built near New Orleans in 1752. Featuring an abundance of rich soil, enslaved Africans cultivated corn, indigo, and rice on the property until sugar took over as the staple trade beginning in the nineteenth century.

As highlighted in the book:

“Because of the nature of sugar production, enslaved people suffered tremendously in South Louisiana. The sugar districts of Louisiana stand out as the only area in the slaveholding south with a negative birth rate among the enslaved population. Death was common on Louisiana’s sugar plantations due to the harsh nature of the labor, the disease environment, and lack of proper nutrition and medical care.”

Edward E. Baptist in his book “The Half Has Never Been Told,” showed how Black slaves despite being the engine of America’s economic foundation were left with little to pass down to future generations of family. This legacy of slavery and specifically the sugar trade in many ways continues to be reflected in today’s world.

Black Books, Black Minds is a reader-supported publication. To receive new posts and support my work, consider becoming a free or paid subscriber.

Kojenwa Moitt is the CEO of Zebra Public Relations, pop culture expert on scandals and teaches PR, Marketing and Branding at Parsons, The New School.

More from our blog

Her Apartment Might Have Put her Son's Health at Risk But 'I have Nowhere Else to Go.'

GOP Brand Another Stain on American History in Progress

Justin Bieber is Suing Me

The NY Produce Show And Conference “The Relaunch”- 2021 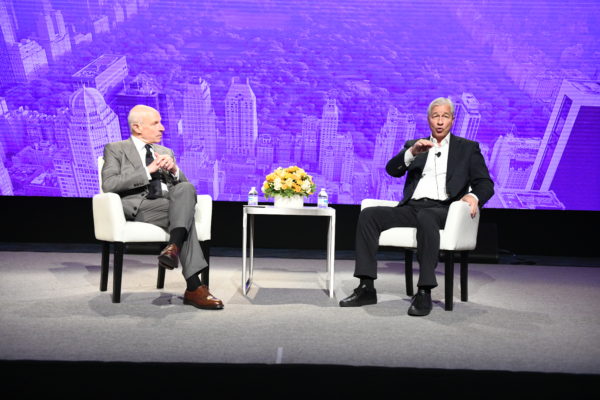 Do you want a free demo for your homepage? Visit Weblifydesign.com